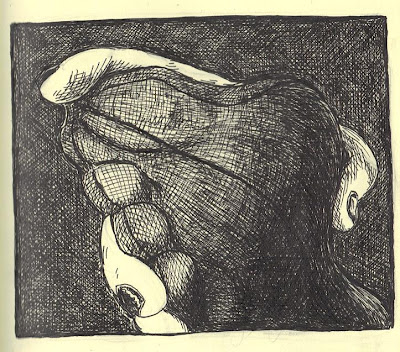 Let's start with the origin story. Lance Hansen asked me to contribute to his anthology, Seduction of the Innocent, (the concept being artists depicting women reading comics, in the tongue-in-cheek pin-up tradition). My idea was to create a fake comic book cover for an issue of "Leg Art Comics," a cover within a cover as the cover model is also reading another issue of the comic, which includes a feature, "J.T. Dockery Explains...'Why I Am A Leg Man!'" Ripping off the logo from Crumb's "Big Ass Comics," and the image taken from famous leg photographer Elmer Batters, I was playing with the concept and making a bit of fun of my own personal preferences when my particular male gaze turns towards the direction of the female.

Fast forward a bit, and when finding myself with more time than usual spent online due to the shifting circumstances of life, I realized that even without a masturbatory function, I was still making it something of an enjoyable hobby to waste my extra time looking at photos presented on the internet by bloggers and such who shared a similar preference/fixation. And in looking at the photos as something beyond smut, it started to become almost scientific as to why certain images spoke to me. But not so scientific that I could easily "explain why," but I could document these images that spoke loudest to me with my sketchbook.

With this process of documentation of my journey as a leg man begun, it quickly became apparent that at some point down the road, I will collect these sketches into a modest book. That book, of course, will be called "Leg Art Comics."

With the blog, I am presenting a sneak-preview of this project, this journey. And we'll start at the start at the beginning with a foot. Sometimes being involved as I am involved in the enthusiasm of delineating the female leg, there's a common misconception that the female foot is excluded in this equation. The combination of the leg, foot, and haunch creates a holy trinity of legginess, just as, say, the nylon stocking meeting the exposed flesh of the thigh meeting the clip of the garter belt is another holy trinity. One element does not exist without the relationship to the other, and there are even more trinities hidden within this multiplicity of trinities within the leg, but we shall not go further into that now. 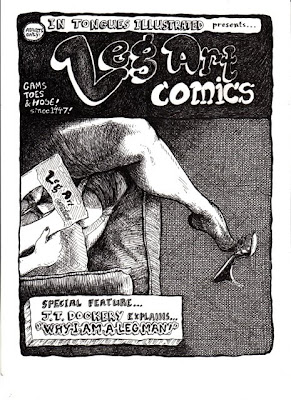 This episode of Leg Art Comics was brought to you by Secrets in Lace.
Posted by J.T. Dockery at 10:56 PM